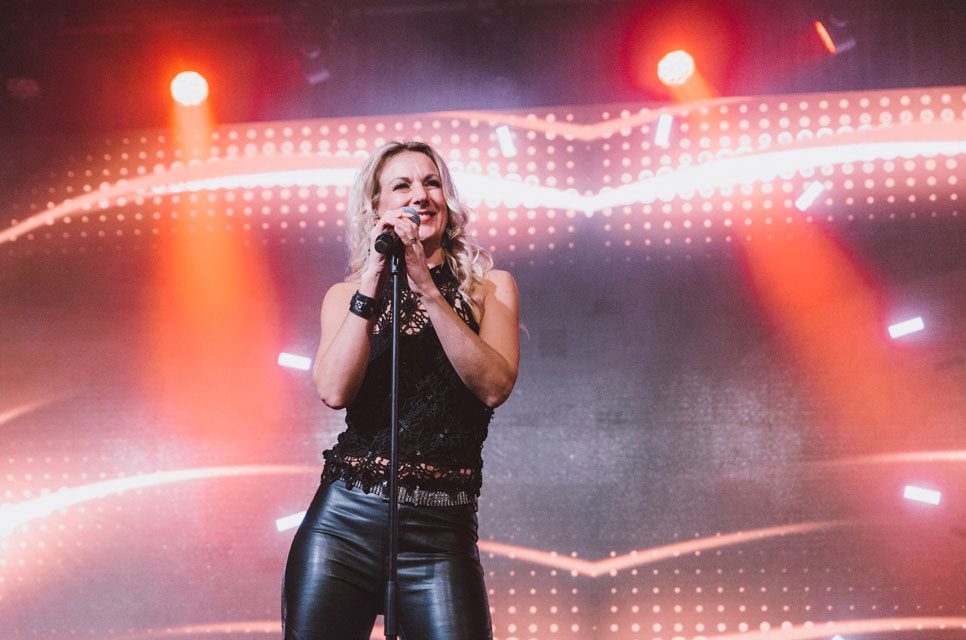 The new Queen of Pop from Sweden! booking 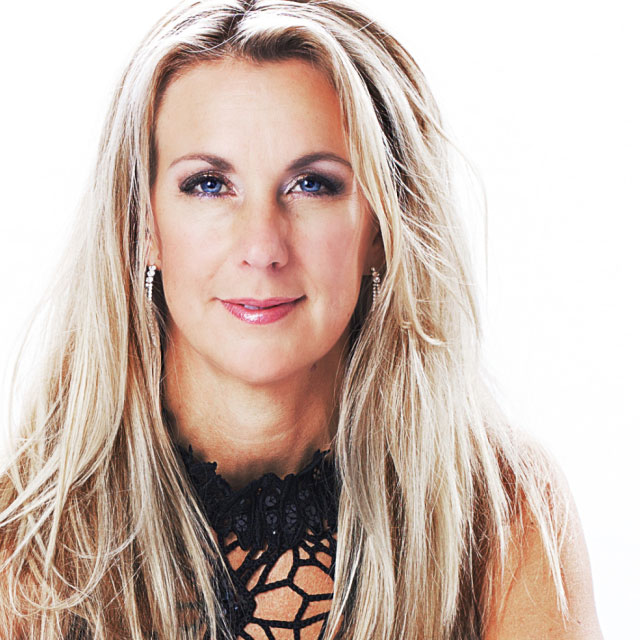 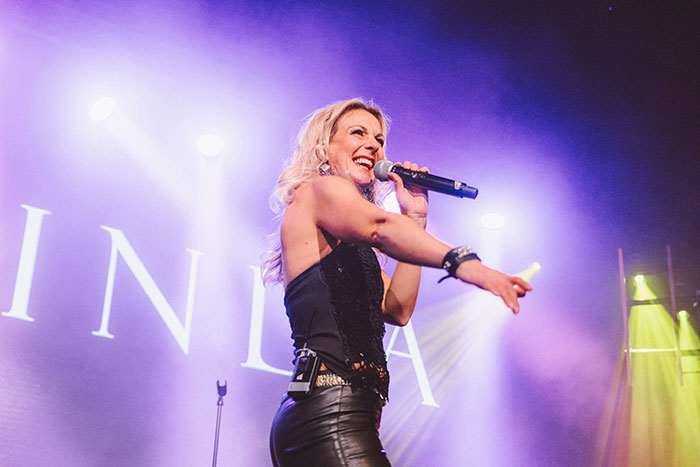 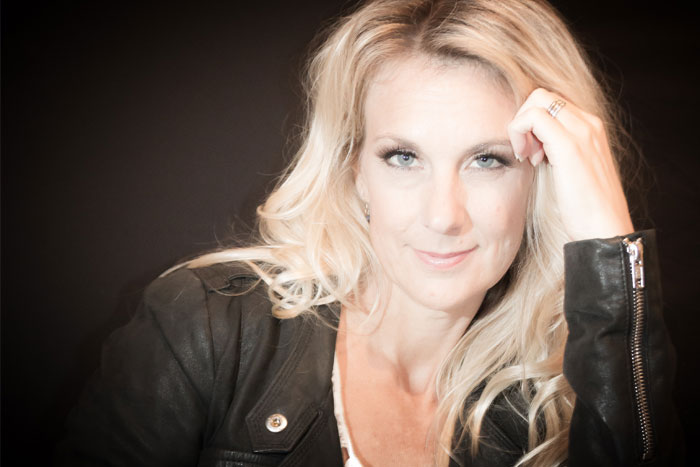 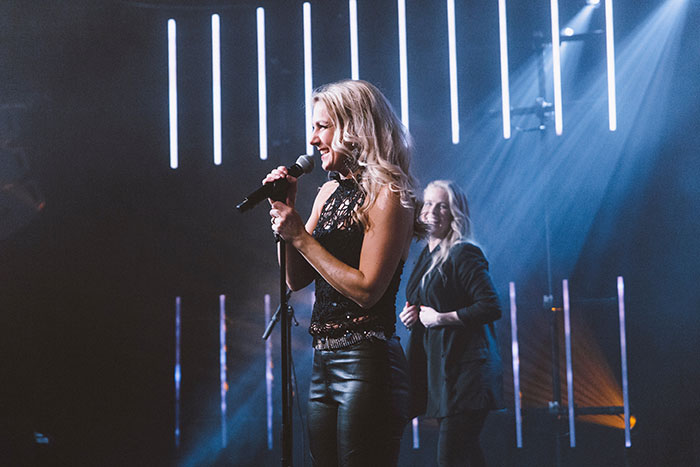 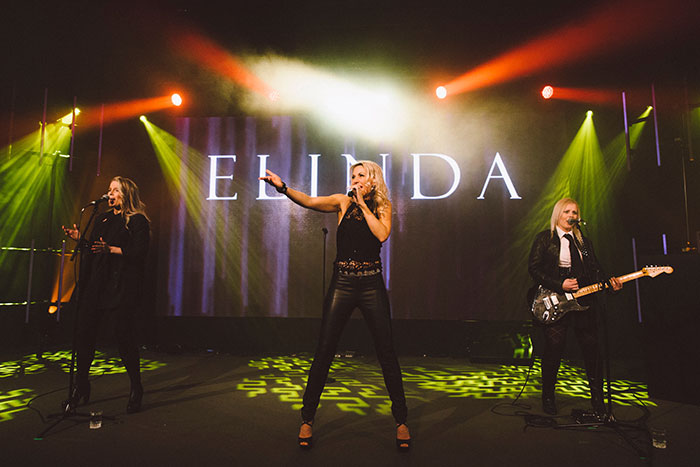 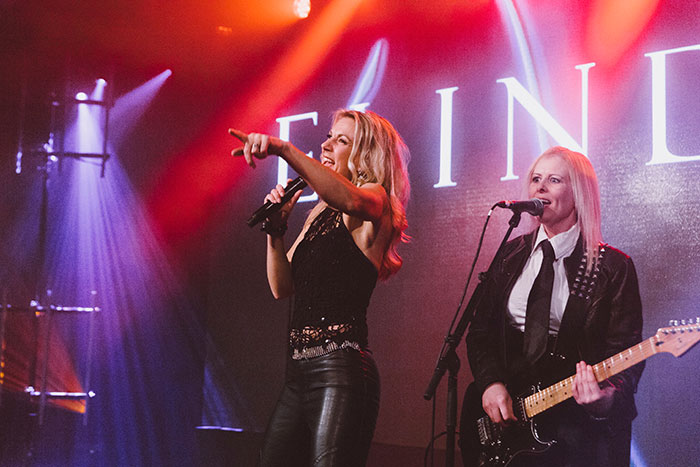 FOR IMMEDIATE RELEASE
SWEDEN’S SUPERWOMAN OF POP AND SOUL MAKES HER U.S. SOLO DEBUT
AT MONDO.NYC WITH ONE NIGHT ONLY PERFORMANCE
September 19, 2018 – New York, NY — Performing her dynamic new solo show for the first time in the U.S. as part of the ​Mondo.NYC ​Conference and Showcase, Swedish singer ​ELINDA​ will be appearing at Pianos on Ludlow Street on Thursday October 4 at 8pm.
ELINDA is launching the U.S. phase of her already notable career, following several years of success in Sweden, Europe and Asia. Her sound is a musical explosion of positivity and empowerment for women, reflected in the songs on her recently released solo album, SUPERWOMAN. ELINDA will feature songs from that album, including singles “Superwoman,” “BAM” and “Dance With Me” in her Pianos showcase, along with covers she’s been acclaimed for by ABBA and Celine Dion.
ELINDA is in fact one of the world’s most respected ABBA tribute performers, as part of the ensemble The Original Band – The ABBA Tribute, comprised of many musicians who played with ABBA on their albums and world tours. In the role of Agnetha Fältskog, ELINDA has earned rave reviews and performed to a televised audience of more than 100 million. In her solo work as a singer and dancer, and in her many backing vocalist stage performances, ELINDA has toured extensively at home and abroad, including entertaining the Swedish troops in Afghanistan for the Swedish Armed Forces Entertainers.
Fusing pop and soul, influenced by legends from Celine Dion, Chaka Khan and Whitney Houston to Alicia Keys, Justin Timberlake, Bruno Mars and Ariana Grande, ELINDA spent years working with famous singers and producers – even recording demos for Celine Dion – and honing her own songwriting skills before finally creating her own record label, Breaking Records, with her husband, producer Mikael Frithiof and recording the SUPERWOMAN album.
She sees the Mondo.NYC Conference as the perfect platform for an independent Euro artist focused on the merging of artistry and technology. With Mondo.NYC’s Showcase festival featuring artists performing for American and global music and tech executives, and New York’s discerning and passionate fans, ELINDA is excited to be introducing herself with her inspiring songs of heartfelt honesty with joyful, danceable grooves.
“I hope that I will raise awareness of my music and my story,” says ELINDA. “That nothing is impossible and that the ride is really the gain when people follow their hearts and do what is important to them.”
Mondo.NYC presents ELINDA Live at Pianos
158 Ludlow Street, New York
Thursday October 4 at 8pm
ELINDA’s music and videos are at ​www.elindamusic.com 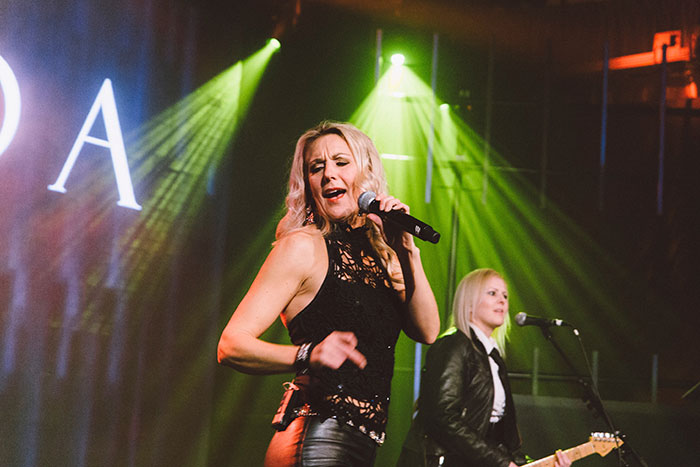 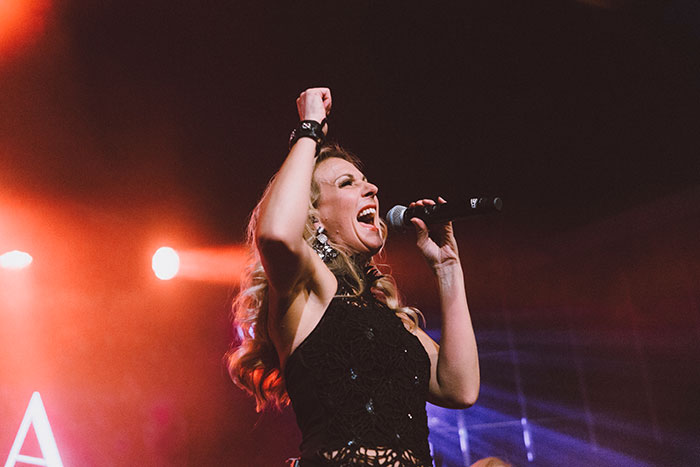 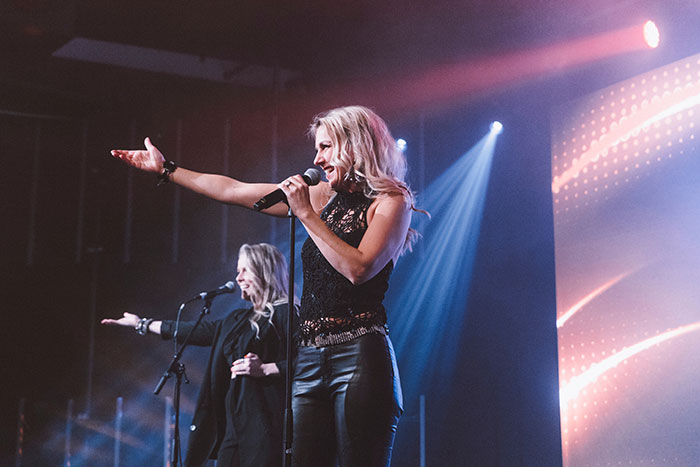 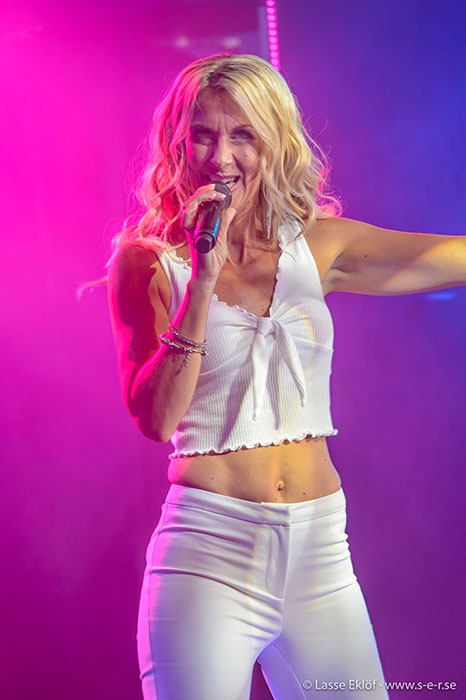 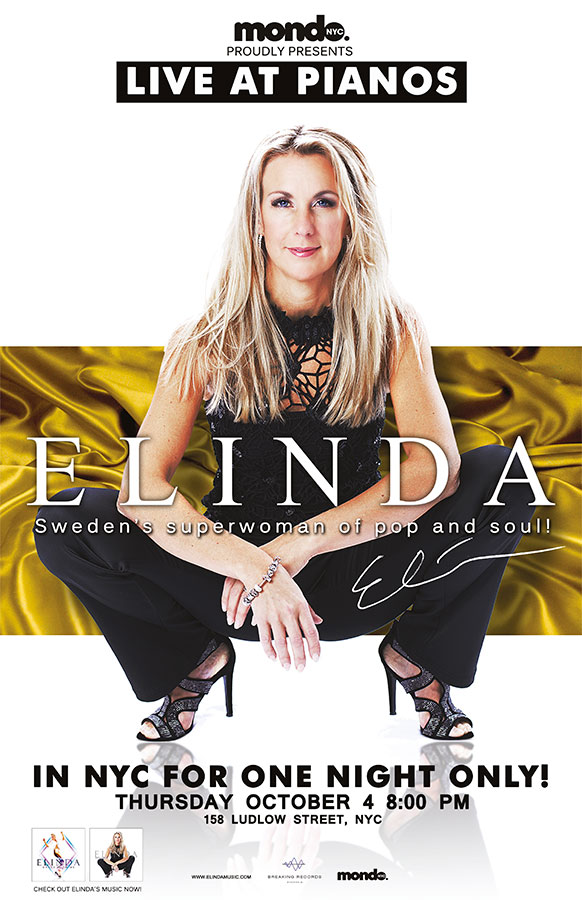 Founded by some of the originators of CMJ and its long-running CMJ Marathon, Mondo.NYC is a music, technology and innovation-based festival that within its first couple years has quietly taken the place of both the CMJ Marathon and New Music Seminar’s New Music Nights Festival. Now, as you may recall, the third edition of Mondo.NYC took place last week and it found the global, emerging music, technology and innovation conference moving a few miles east across the East River to Williamsburg, Brooklyn with The Williamsburg Hotel,Rough Trade and Brooklyn Bowl hosting daytime conference-related events hosted by The Recording Industry Association of America (RIAA), Guild of Music Supervisors,Record Store Day, and others meant to connect fans, artists, music industry professionals, business pioneers and leading names in tech and music to network, trade ideas and learn in a rapidly changing industry landscape. Additionally, the panels, talks and other events were meant to inspire young people to take control of their careers — whether they were heading towards a technological-based career, behind the scenes in A&R, marketing, promotion, management and publicity or up in front as an artist.

One of the artists who played during the music festival portion was the Swedish adult contemporary pop artist ELINDA, the collaborative music project of the Ekerö, Sweden-born, Stockholm, Sweden-based singer/songwriter and dancer Linda Östergren Frithiof and her husband, multi-instrumentalist and producer Mikael Frihiof. Linda Östergren Frithiof can trace the origins of her performing career as a trained dancer, studying at the Lasse Kühler Dansskola School and the Ballet Academy, one of Scandinavia’s leading dance schools. While training as a dancer, it was discovered that Östergren Frithiof had a commanding voice and once she graduated dance school, she began performing at nightclubs, cabarets, vacation resorts, cruise ships and corporate events before landing gigs as a backup singer for a number of major Scandinavian artists including Magnus Uggla, Markoolio and E-Type, Shirley Clamp, Martin Stenmarck and Charlotte Perrelli, as well as Lutricia McNeal. She’s also sang vocal demos for Celine Dion, and collaborated with the likes of Leif Larsson and Anders Borgius for Swedish artists like Björn Skifs and David Hasselhoff. (Yes, David Hasselhoff.)
Adding to a rather diverse and eclectic career path, Östergren Frithiof has played Sally Bowles in the Stockholm-based production of Cabaret and Joanne in the Stockholm-based production of RENT before joining The Original Band — The Abba Tribute, which features a number of musicians who have played with ABBA either on their records or tours. Additionally, Östergren Frithiof, was involved in the casting, choreography and scripting for the show, which has toured across Sweden and has performed in China several times, including a televised audience of more than 100 million viewers for the Chinese New Year broadcast.

Östergren Frithof, has been building up a profile as a solo artist largely inspired by the sounds, vocal styles and stage shows of Celine Dion, Whitney Houston, Chaka Khan, Prince, Justin Timberlake,Beyonce, Alicia Keys, Ariana Grande and Bruno Mars. With her husband and collaborator Mikael, they formed a label Breaking Records and began writing and recording original material that draws from her own life, centered around her struggles and victories as an artist and mother of five. Interestingly, her MONDO.NYC set at Piano’s was her Stateside debut and I spoke to the up-and-coming Swedish adult contemporary pop artist and her husband at P.J. Clarke’s Lincoln Center location about her career to date, the MONDO.NYC Festival, her dance floor friendly, feminist anthem “Superwoman” and a lot more. Check it out. 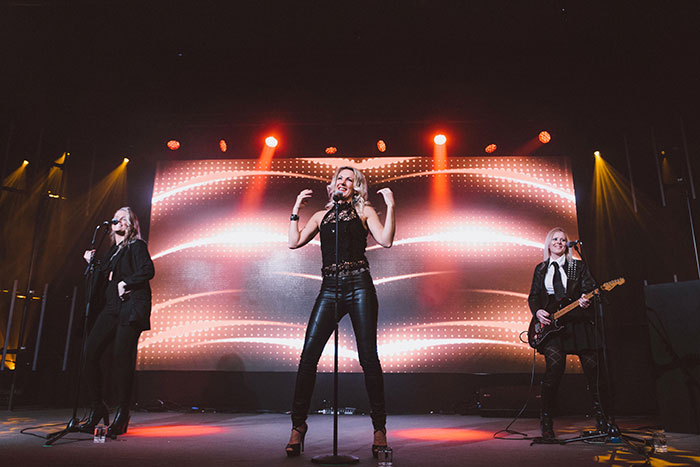 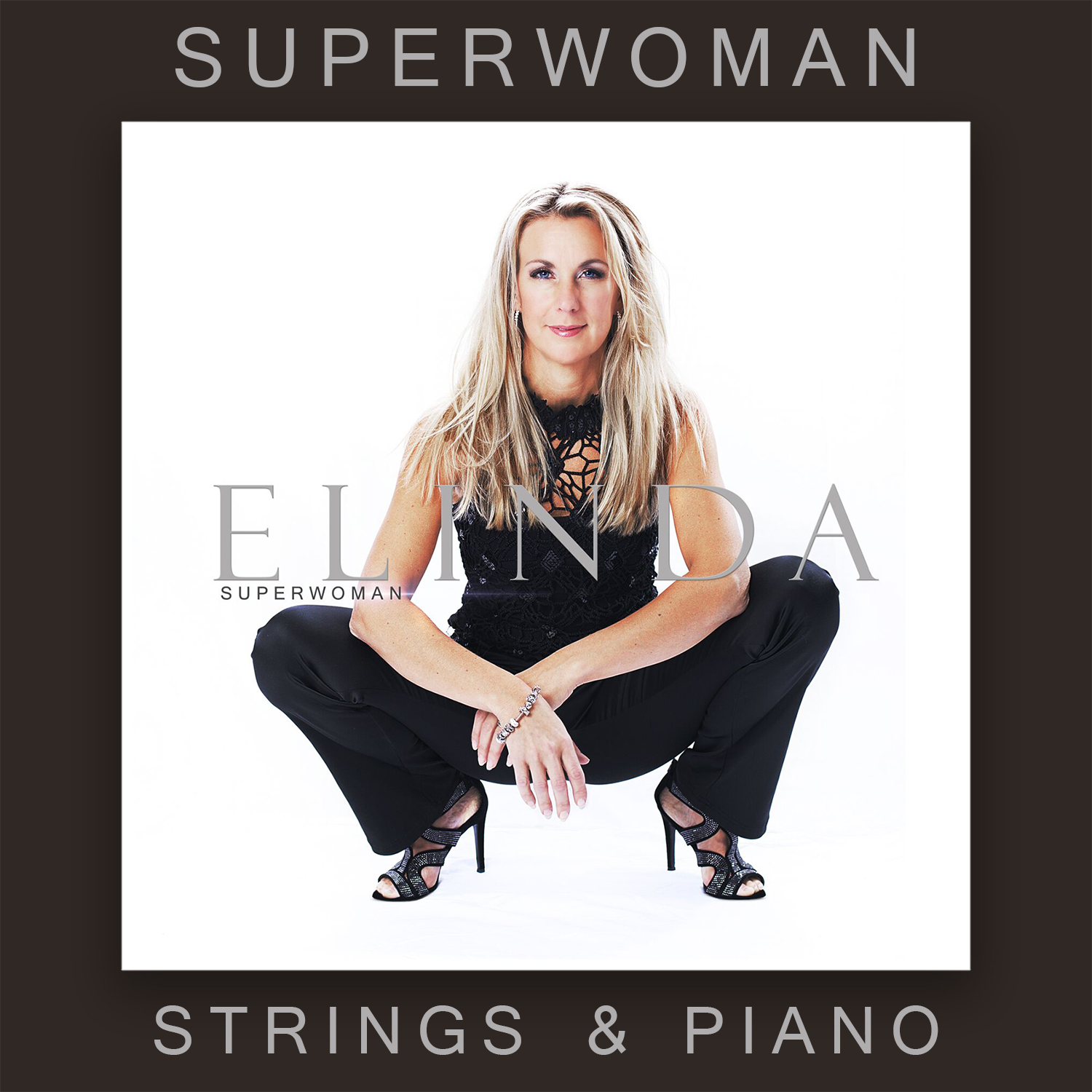 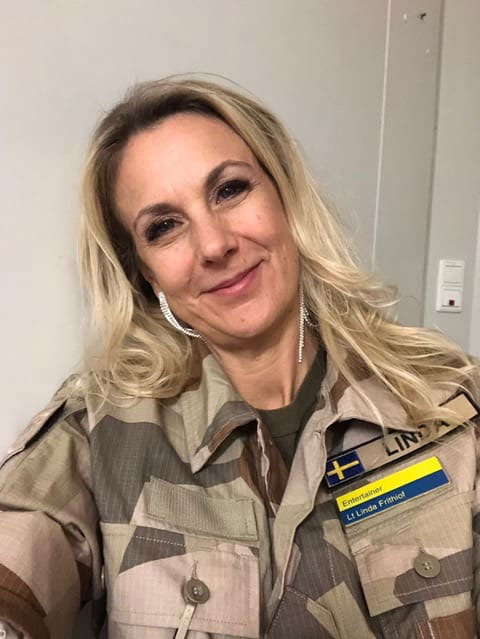 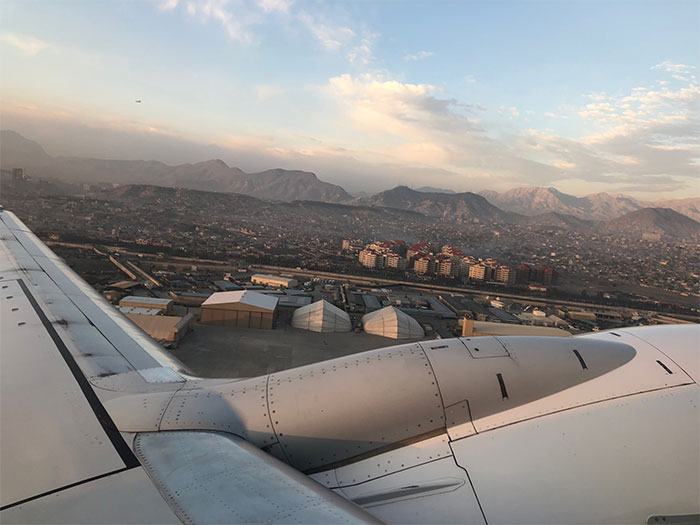 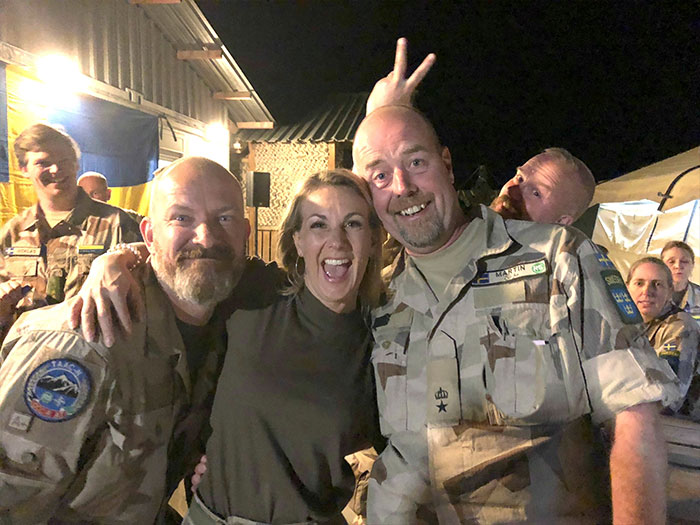 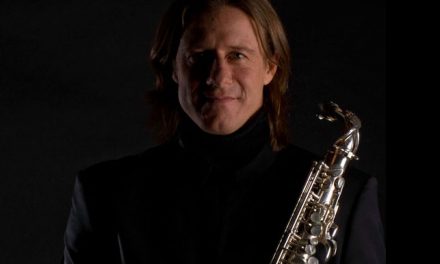 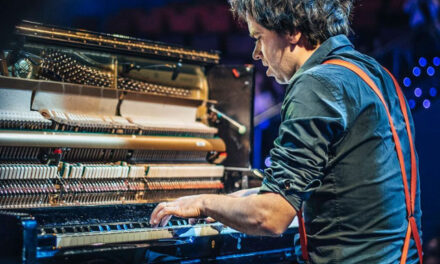